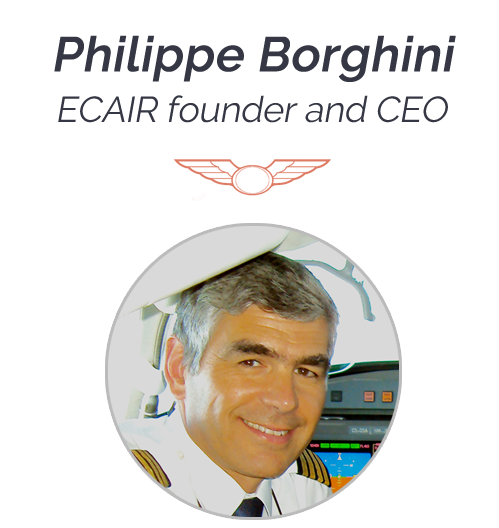 Philippe had a rich career as a fighter pilot in the French Air Force, assuming many positions both in the areas of operational task and pilot training.

He then joined one of the largest European business aviation company where he served as a Captain and Technical Pilot for the  Falcon fleet.

During his research on the implementation of new technologies, he found that loss of control in-flight was the major factor in air accidents and that the need to improve pilot training was urgent.

With more than 8000 hrs flight experience and a strong motivation to address flight safety issues, Philippe founded ECAIR. He is convinced that improving teaching and training methods could significantly reduce the number of incidents and accidents resulting from pilot error. 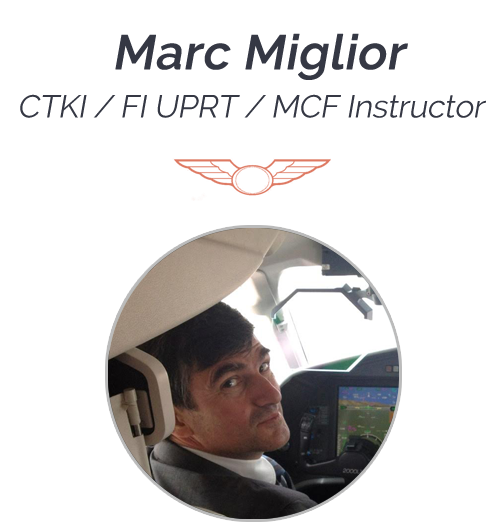 Marc is a former French Air Force fighter pilot, with more than 4000 hours in total of which 2000 hours on fast jets.

He was a qualified 4-ship leader on Mirage 2000 and on Tornado F3 during his tour as an exchange officer with the Royal Air Force. Holding a degree in aeronautical engineering (ENSICA 87), he also graduated as an experimental test pilot from EPNER, the French test pilot school .

He was posted as officer in command of a Control and Reporting Center and head of operational evaluation and deputy commander of the French Air Force operational test and evaluation center in Mont de Marsan.

On top of his EASA ATPL he holds FI(A) and CRI(A) TBM 900 ratings and a US licence with IR privileges.

With his management background and aeronautical expertise, Marc Miglior is our CTKI. 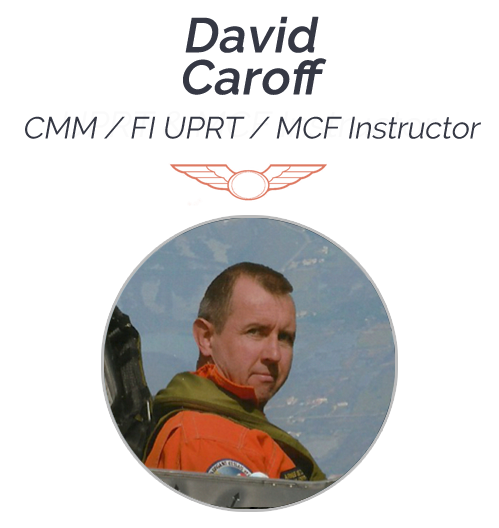 David spent over 25 years in the French Air Force as a Fighter pilot.

In 2002, he joined the EPNER (French Test Pilot School). After graduation, he has been assigned at the Flight Test Center where he has performed system testing, envelope expansion flights and also many Maintenance Check Flights.

He has been the EPNER Director for four years from 2012 to 2016, and he is qualified as Flight Test Instructor. He has logged more than 3500 flying hours on 30 different types of aircraft, including more than 1000 hours in test flights.

Due to  his management background and aeronautical expertise, David Caroff  is our CMM. 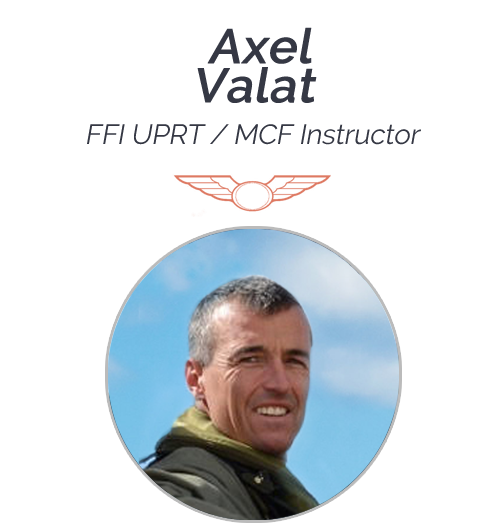 Graduated from Fighter School in 1996, he’s been assigned for 8 years flying Mirage 2000 C in an operational air defence squadron before joining the French Flight Test Center in 2004.

Graduated from EPNER (French Test Pilots School), he has logged hours on most of the french air force aircraft during Maintenance Check Flights or envelope clearance flights.

He’s been an EPNER Test Pilot Instructor for two years and the chief test pilot of this school for two more years.  He settled down new subjects for experimental students concerning stalls in ATR72, dedicated 4 engines aircraft test flights on A340 and dissymetrical external loads carrying on Falcon 20.

He still performs nowadays test flights for some companies, flies as a military instructor for french air force student pilots and trains pilots as FI or FE  for SEP class, TMG class, gliders, aerobatics and mountain flying in several airclubs. He is DC3 FI/FE , captain on ATR42/72 and Beech 1900.

Having accumulated an experience of more than 15000 flight hours on 181 aircraft and glider types among which 2700 hours on jet fighters and over 2000 hours in test flights, Axel is consequently UPRT FFI & MCF Instructor for ECAIR. 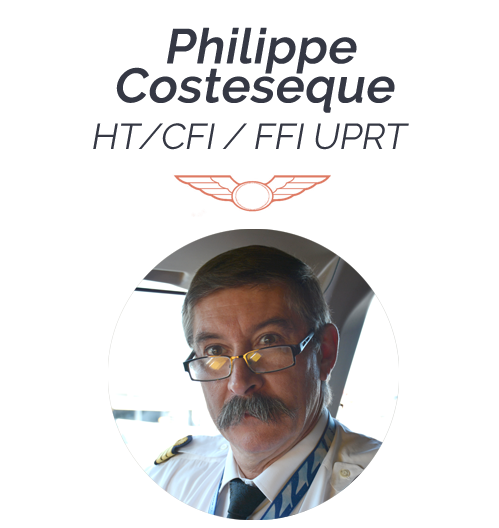 He flew Jaguar as 4-ship leader, and as been instructor on Cap 10, Fouga Magister, Alpha Jet and Jaguar. He was also Alpha Jet solo display during 3 years, and left the Air Force after 21 years with 4300 h of flight.

Then he flew B737 in a major airline during 5 years and B777 for 14 years. He retired with 17000 hours of flight on more than 40 differents types of aircraft.
Harry is consequently HT/CFI, UPRT FFI instructor for ECAIR and also Wecair TKI for “Performance”.

We may request cookies to be set on your device. We use cookies to let us know when you visit our websites, how you interact with us, to enrich your user experience, and to customize your relationship with our website.

Click on the different category headings to find out more. You can also change some of your preferences. Note that blocking some types of cookies may impact your experience on our websites and the services we are able to offer.

These cookies are strictly necessary to provide you with services available through our website and to use some of its features.

Because these cookies are strictly necessary to deliver the website, refusing them will have impact how our site functions. You always can block or delete cookies by changing your browser settings and force blocking all cookies on this website. But this will always prompt you to accept/refuse cookies when revisiting our site.

We fully respect if you want to refuse cookies but to avoid asking you again and again kindly allow us to store a cookie for that. You are free to opt out any time or opt in for other cookies to get a better experience. If you refuse cookies we will remove all set cookies in our domain.

We provide you with a list of stored cookies on your computer in our domain so you can check what we stored. Due to security reasons we are not able to show or modify cookies from other domains. You can check these in your browser security settings.

We also use different external services like Google Webfonts, Google Maps, and external Video providers. Since these providers may collect personal data like your IP address we allow you to block them here. Please be aware that this might heavily reduce the functionality and appearance of our site. Changes will take effect once you reload the page.